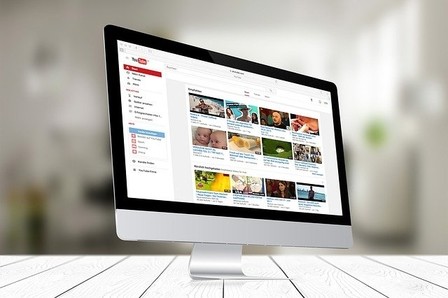 YouTube is aiming to bring more authoritative healthcare content to its platform and has brought on an exec from CVS Health to lead the charge.

The online video platform’s push into health will be helmed by Garth Graham, M.D., who will serve as its director and global head of healthcare. Graham previously served as CVS’ chief community health officer and president of the Aetna Foundation.

Graham also served in public health roles in two presidential administrations. He told Fierce Healthcare in an interview that people are already going to sites like YouTube in their daily lives, and this is one way to meet them more effectively where they are.

It can especially be a way to connect with underserved or minority communities, he said.

“What I see here is an opportunity to do so at scale by using a platform that is already integrated into many people’s lives,” he said.

In addition to bringing on Graham, YouTube is partnering with a number of expert health organizations including the Cleveland Clinic, the Mayo Clinic, the National Academy of Health and Harvard’s school of public health to produce the content.

YouTube’s reach—and thus its ability to disseminate information—is also massive, with 2 billion users connecting to the site per month and more than 1 billion hours of video watched on its platform daily, according to statistics from the company.

The platform also has a wealth of influencers and creators who connect with people from different walks of life, who can be used as condiuts for health information. Graham gave an example of this: Rapper Fat Joe interviewed infectious disease expert Anthony Fauci, M.D., in a video that has more than 500,000 views.

“Going away are the days when we tried to reach patients with just pamphlets and fliers and expected that to be effective,” Graham said.

YouTube plans to continue rolling out new partnerships both in the U.S. and globally over the course of the year, the company said, and is planning a virtual event next month with public health experts focused in improving patients’ health education and finding ways to reach them at scale.

Graham said that he and his team are working from a global point of view from the get-go, though a U.S.-centered domestic approach will also used.

Graham will report to Karen DeSalvo, M.D., the chief health officer at YouTube’s parent company Google, though his work will focus on the streaming platform.

“A person’s health is a key driver determining quality of life,” DeSalvo said in a statement. “That’s why it is so critically important to equip the public with accurate, credible information about their health and the health of their communities.”

“At Google, access to health information has long been a priority and we’re excited to partner with our YouTube colleagues to further the mission of bringing quality health content to the world and improving people’s lives in the process,” she said.